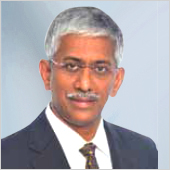 Mr Narayanan Sreenivasan was appointed as Independent Non-Executive Chairman of Q & M on 14 October 2009. He is the Managing Director of K & L Gates Straits Law LLC and has 35 years of experience in government and private legal practice. He is also an Independent Director of FSL Trust Management Pte. Ltd. He graduated with a LLB (Hons) from the National University of Singapore in July 1985. He is an Advocate and Solicitor of the Supreme Court of the Republic of Singapore and is also a Fellow of the Singapore Institute of Arbitrators and a Fellow of the Chartered Institute of Arbitrators. Mr Sreenivasan has an active litigation practice and was appointed as Senior Counsel in January 2013. He is a director of the Law Society Pro Bono Services and the Singapore Business Federation Foundation. Mr Sreenivasan has previously been the Honorary Secretary of the Singapore Indian Development Association and a Council Member and Treasurer of the Law Society. 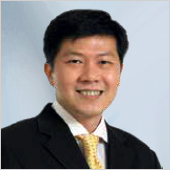 Dr Ng Chin Siau is the Group's founder and Group Chief Executive Officer. He was appointed as a Non-Independent Executive Director of Q & M on 7 January 2008. Dr Ng is responsible for the corporate direction of the Group. He leads the Group in all aspects of its business strategies, policy planning and business development in Singapore, Malaysia and the PRC.

In June 1992, he graduated from the National University of Singapore with a Bachelor of Dental Surgery. Dr Ng also obtained a Certificate of Implantology from the University of Frankfurt in December 2003. He was also an elected member of the Singapore Dental Council from May 2006 to April 2009. From May 1992 to October 1994, he was a Dental Officer with the Ministry of Health. Subsequently in November 1994, he left to join a private dental clinic at Bukit Batok as an Associate Dental Surgeon until October 1996. In November 1996, he founded the Group and has charted its growth since then.

Dr Ng received the Best Entrepreneur Award in the discipline of Dentistry from the National University of Singapore's Business Incubation of Global Organisations in September 2007. In September 2009, he was named the "Top Entrepreneur" and winner of "The Entrepreneur of the Year Award ("EYA") for Enterprise" in the 2009 Rotary Club - ASME EYA. In December 2010, Dr Ng was conferred the "Ernst & Young Entrepreneur of The Year 2010 Award (Healthcare Services)". In 2015, Dr Ng was named the "Best CEO of the Year for Companies with S$300 million to S$1 billion Market Capitalisation" at the Singapore Corporate Awards.

Dr Ang is a practicing dentist in the Group's dental clinics at Bukit Gombak and Bukit Panjang. Dr Ang joined the Group in April 2004. Prior to that, from July 1994 to 1996, Dr Ang served as a staff officer with the Singapore Armed Forces Medical Corps. From July 1996 to March 2004, Dr Ang was with the dental group practice, First Impressions Dental Surgery Pte Ltd.

He graduated from the National University of Singapore with a Bachelor of Dental Surgery in July 1994. He has been a Fellow of the Academy of Dentistry International since September 2009 and Fellow of the International College of Dentist since November 2010. Dr Ang is also an Advisor to the Singapore Dental Association Ethics Committee. Dr Ang has been an elected member of the SDC since May 2009. He is also the Chairman of the SDC Audit Committee, a member of the SDC's Complaints Panel and the SDC's Continuing Professional Education Committee. Dr Ang is a member of Nanyang Polytechnic School of Health Sciences Dental Therapy & Hygiene Advisory Panel. He is also member of the Singapore Medical Council's Complaints Panel. In 2012 Dr Ang was presented with the prestigious "Singapore Dental Association Meritorious Award" for his contributions to the dental profession in Singapore. 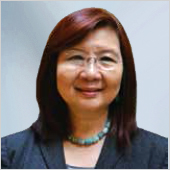 Professor Toh Chooi Gait was appointed as an Independent Director of Q & M on 25 June 2013. Currently, she is the Pro Vice Chancellor (Engagement & Industrial Partnership) in International Medical University, Malaysia. She is the Chairman of the Examination Committee of the Malaysian Dental Council that is responsible for the development and implementation of the Professional Qualifying Examination for registration of Dental Practitioners. She has also served in various leading positions in the International Association for Dental Research and South East Asia Association for Dental Education. 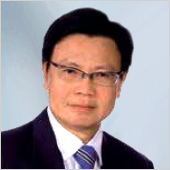 Mr Ng Weng Sui Harry was appointed as an Independent Director of Q & M on 14 October 2009. He is currently the executive director of HLM (International) Corporate Services Pte Ltd, a company that provides business consultancy, accounting and corporate services. Prior to this position, he was the chief financial officer with a number of companies listed on the Singapore Exchange Securities Trading Limited ("SGX-ST").

He has more than thirty years of experience in finance, accounting and audit. He sits on the boards of a few listed companies in SGX-ST as the independent director or non-executive director. 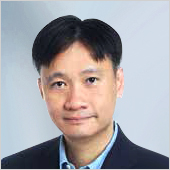 Mr Chik Wai Chiew was appointed as a Non-Independent and Non-Executive Director of Q & M on 14 August 2017. Currently, he is the Chief Executive Officer and the Executive Director of Heritas Capital Management Pte. Ltd., a Singapore based private equity and venture capital investment firm that makes investments in healthcare, technology and education sectors across Asia Pacific. He has over 20 years of experience in global investment management and strategic business development, having been active in leading various companies on transformational growth strategies, fund raising and mergers & acquisitions. Mr Chik was awarded the Glaxo-EDB scholarship and holds a BA in Economics from Cambridge University, UK and an MA from Yale University, USA. He has also completed EMBA (conducted in Mandarin) from Cheung Kong Graduate School of Business, the PRC. 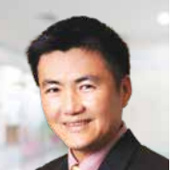 Dr Kuan Chee Keong was appointed as the Alternate Director to Group Chief Executive Officer Dr Ng Chin Siau on 19 August 2020. He graduated from the National University of Singapore (NUS) with a Bachelor of Dental Surgery in 1993. He served as a Dental Officer at the Government Dental Clinic, Singapore General Hospital, Outpatient Dental Clinic, Alexander Hospital and the Institute of Dental Health. He is currently a general dental practitioner with Q & M Dental Group.

Dr Kuan has served in consecutive councils of the Singapore Dental Association from 2006 till 2017 during which he was elected President for the 2012/14 & 2014/16 terms. He was also elected President of Asia Pacific Dental Federation in 2015/16. Most recently, Dr Kuan was elected by his peers to serve as Member of the Singapore Dental Council for the 2018-2021. 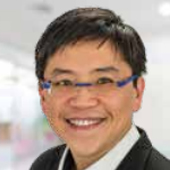 Dr Chong Kai Chuan was appointed as the Alternate Director to Group Chief Operating Officer Dr Ang Ee Peng Raymond on 19 August 2020. In 1997, he graduated from the National University of Singapore (NUS) with a Bachelor of Dental Surgery.

With strong interest and passion in Implantology, Dr Chong furthers his studies with Fellow of Royal Australians college of Dental Surgeons (FRACDs) in 2001 and Grad Dip of Dental Implantology, 2009 from National University of Singapore. Dr Chong is a Director of Quan Min Holdings Pte. Ltd and he is currently working as a general dentist with Q & M Dental Group.

Mdm Foo Siew Jiuan is the Group's General Manager and her current responsibilities include overseeing the daily operational matters, such as human resource, procurement, marketing and service recovery. From May 1993 to January 1997, she was a retail pharmacist and outlet manager at Guardian Pharmacy Singapore. From May 1998 to June 1999, she continued to work part-time as a pharmacist at St. Luke's Hospital in Singapore. She joined the Group in November 1996 on a part-time basis before working fulltime with the Group from July 1999. She graduated with a Bachelor of Science (Pharmacy) from the National University of Singapore in June 1992.

Mr Sim Yu Xiong is the Group's Chief Financial Officer. He is responsible for the Group's financial management, tax and investment, as well as assisting the Group CEO on merger and acquisition activities. Mr Sim has accumulated vast experiences in the areas of finance, audit and business management. Prior to joining the Group on 6 April 2010, he was the Chief Financial Officer of W.Atelier Pte. Ltd. from April 2008 to March 2010. From June 2007 to March 2008, he held the position of General Manager at Inke Pte. Ltd. Between June 2003 and June 2007, Mr Sim was the Group Financial Controller of Pacific Healthcare Holdings Ltd. In addition, he had also held various managerial positions previously as Finance Manager with Torie Holdings Pte Ltd from August 1997 to May 2003 and General Manager with Fullmark Pte. Ltd. from August 1986 to August 1997. From September 1980 to July 1986, Mr Sim was an auditor with Coopers & Lybrand, prior to its merger with Price Waterhouse in 1998. Mr Sim was appointed as the Non‑Executive Director of Aoxin Q & M Dental Group Limited in April 2017. Mr Sim is a Fellow Member with the Institute of Singapore Chartered Accountants and a Fellow of the Association of Chartered Certified Accountants (UK).

Mdm Ng Sook Hwa is the Group Financial Controller. Her current responsibilities include assisting the Group's Chief Financial Officer in finance and compliance matters. Prior to joining the Group in March 2002, Mdm Ng was a second year graduate assistant in KPMG, Singapore from October 2000 to February 2002. Mdm Ng graduated with a Bachelor of Commerce, Finance and Marketing (with distinction) from Curtin University of Technology, Australia in August 1998. She also obtained her Masters of Accounting from Curtin University of Technology, Australia in April 2000 and is a member of CPA Australia.